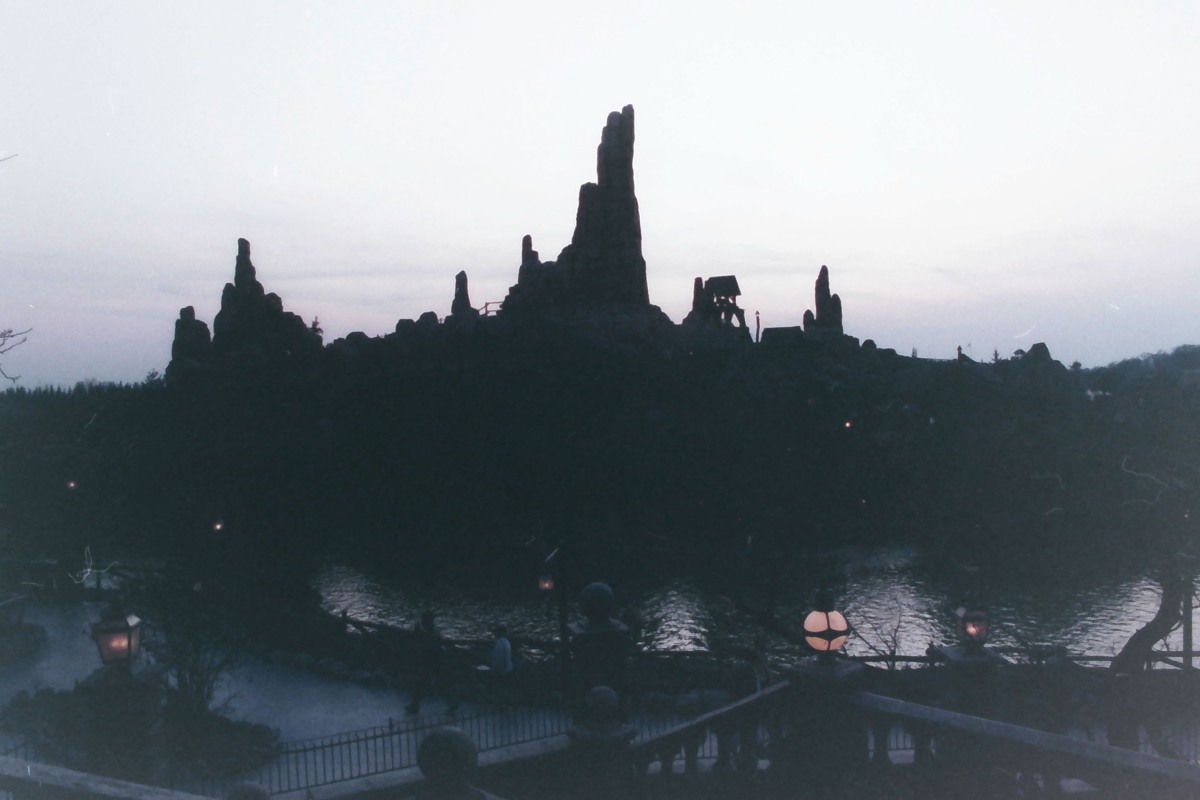 It all started with a mouse, or at least that’s how my involvement with Euro Disneyland occurred.

The mouse was Mickey Mouse and my involvement with him was on the Mickey’s Toontown project which was then in construction and set to open at Disneyland in Anaheim.  Toontown was the first land where I was involved designing and my area of design responsibility was for parts of Mickey’s Neighborhood and Gadget’s Go Coaster.  This coaster was classified as a junior roller coaster and Vekoma was under contract to manufacture and deliver the ride and so to the vendor I would travel.  Vekoma was in the town of Vlodrop which is close to the German border, and I used to drive pass the border check point house from the Dusseldorf airport to Vlodrop.

Business travel has changed in the decades and back when I started traveling to Vekoma.  I would pick up my travel documents from the person on the first floor at 1401 Flower and fly to Europe to stay for several weeks. Before mobile phones and personal computers traveling was a total commitment and once at my destination, I became an available design resource that could be deployed to help in any way the company chose to complete Euro Disneyland.  I traveled for the Mickey’s Toontown, but I stayed in Marne-la-Vallee for Euro Disneyland.

My assignments were different day to day during my extended stay in Europe.  One day I would be checking that the plant material being installed around the treehouse on Adventure Isle followed the plan drawings and on a different day I would paint the exterior queue walls at the Pirates of the Caribbean.  In all the hands-on deck situation prior to opening, I was happy to be of any assistance I could offer.  When Euro Disneyland opened (or done and dusted), I believed I was done on EDL, but the week after Mickey’s Toontown was completed I was asked to start design work adding ride capacity to the EDL .

The following years put me back in Europe living near United Kingdom based show vendors, traveling to Vekoma, Zierer and Mack rides, all while living near the site to design and deliver the Old Mill Ferris Wheel, Aladdin walk through, Casey Junior, Storybook Land Canal Boats and Bonjour Mickey.  Finally, the day arrived when my work again was completed and I returned to California where a few short years I was again pulled back to Disneyland Paris to create new rides and a land for the second park, the Walt Disney Studios Paris.

After several seemingly near-death experiences, a name change, and a delay in opening the second theme park, the question remains ‘was Euro Disneyland a success’?  Depending on the lens a person looks regarding the question, the answer is yes, maybe, and no, however what can be stated is that the creation of Disneyland Paris is most certainly an achievement.  So, I say ‘Joyeux Anniveraire Disneyland Paris’!

Jim Shull retired from Walt Disney Imagineering after a career spanning over three decades.  During those years he was a Creative Director leading projects in Paris, Orlando, California and Shanghai.  He continues to be involved in the theme park entertainment industry as a design consultant, podcast contributor, public speaker and writer.  Jim draws and has owned cats.